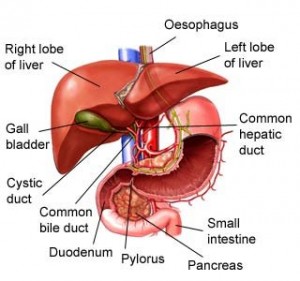 In essence, liver is the most overworked organ in the body, having to break down all the increasing toxins found in our environment (including our air and water) and our food. Commonly refers as the chemical factory of your body that builds or recycles substances you need for good health and breaks down those you don’t.

Most people’s livers today work only at around 3?5-40% of their potential capacity because of the large amount of toxins we ingest. If you have health insurance with a company like AIA , Predential..etc, then it may be worth checking with them to see if you are covered before visiting your doctor to check on your liver. It is not too much hassle and is a good idea because just in case there is a problem, you can get treatment promptly

When liver is functioning properly, the organ can clean up to 99% of bacteria and toxins from the blood. Around 2.25 litres of blood pass through the liver every minute for detoxification, and every day the liver manufactures about 1 litre of bile, which helps carry away toxins via the bowel.

Typical symptoms of a sluggish liver are, feeling constantly tired even though you have slept, nausea (especially after a fatty meal or alcohol), skin disorders such as acne, eczema and psoriasis, muscle and joint pain, age spots on the skin, and regular infections.

Also, most don’t associate being constipated with poor liver function, but blood from the bowel goes first to the liver, via the portal venous system, hence a bowel loaded with rubbish is going to overload the liver too.

Other symptoms of poor liver function can include yellowing whites of the eyes, yellowish alike  skin, fever, nausea, difficulty digesting fatty foods, and an increased sensitivity to cigarette smoke, strong perfume, petrol and other chemicals.

Because the brain is unable to disarm a wide range of toxins, it relies on the liver to clean the blood before it gets there. So, over the long term, an under-performing liver can have dire consequences for the brain and nervous system, including memory loss, Parkinson’s Disease and zheimer’s Disease.

While detoxification is the key function of the liver, it also performs these important functions :- 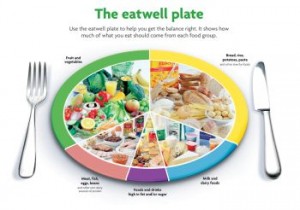 Your digestive system is closely involved in the health of your liver, as the blood from your gestive system, where nutrients are absorbed from your food, goes directly to the liver for filtering before it goes anywhere else in the body. If your diet is good and your digestion and absorption are working well, then the nutrients needed for good health will make it to the liver and then on into the body.

However if your digestive system is generally toxic, result from a poor, low nutrient, high-fat diet, constipation, poor gut flora, and so on, these toxins, and any others foods that you ingest, will similarly be delivered directly to your liver which adds to the liver’s workload.

The good news is that the liver is capable of regenerating itself, so with a good diet and lifestyle and the right supplements there’s no reason you can’t maintain liver function at an optimal level at any age.

And if you look after your liver, your skin literally glows with health. Begin with Healthy Lifestyle !